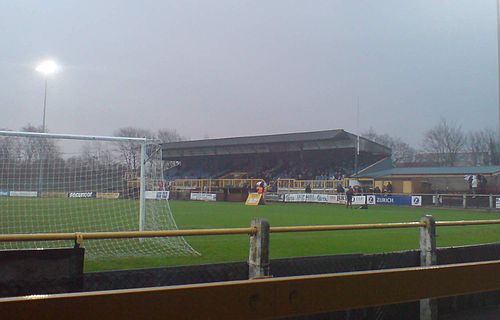 The Wikipedia article of the day for June 11, 2021 is Sutton United 2–1 Coventry City (1989).
A 7 January 1989 match between Sutton United and Coventry City took place as part of the third round of the 1988–89 FA Cup association football competition. Coventry City were in the top tier of English league football, while Sutton United were in the fifth. Coventry, the away team, started as strong favourites. The home side took the lead three minutes before half-time when a corner towards the near post was missed by the Coventry goalkeeper and volleyed into the goal by Tony Rains. Seven minutes into the second half, David Phillips was able to shoot past the Sutton goalkeeper to make it 1–1. In the 59th minute, a short corner kick was crossed to Matthew Hanlan who volleyed in to give Sutton the lead once again. Despite numerous late chances for Coventry, the match ended 2–1. One of the most famous “giant-killings” in the competition’s history, the match has been described as “the biggest shock in the history of the FA Cup [and] one of the biggest in any game ever”.