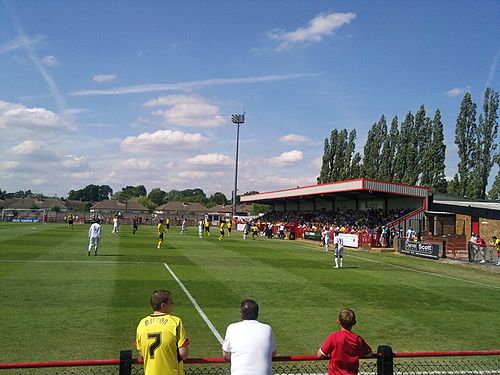 The Wikipedia article of the day for August 22, 2021 is Arsenal Women 11–1 Bristol City Women.

Arsenal Women and Bristol City Women played an association football match on 1 December 2019 that ended with a scoreline of 11–1. It was part of the 2019–20 Football Association Women’s Super League (FA WSL) and became the highest-scoring game in the league’s history. At the time Arsenal were the reigning champions and third in the league; Bristol City were in tenth position. Dutch international striker Vivianne Miedema scored six of the eleven Arsenal goals, a league record, surpassing South Korean Ji So-yun to become the highest-scoring non-British player in FA WSL history. Miedema was also involved in four of the other five Arsenal goals, which were scored by Lisa Evans (twice), Leah Williamson, Jordan Nobbs, and Emma Mitchell. Yana Daniëls scored the only goal for Bristol City. The result put Arsenal top of the league and left Bristol City in eleventh place out of twelve clubs. The return match was never played, as the season was suspended because of the COVID-19 pandemic.