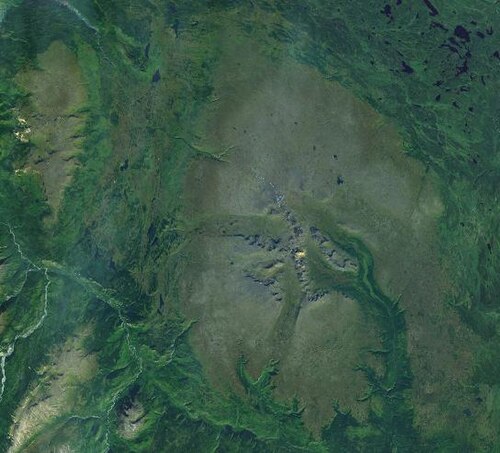 The Wikipedia article of the day for September 1, 2021 is Level Mountain.

Level Mountain is a large volcanic complex in the Northern Interior of British Columbia, Canada, with a maximum elevation of 2,164 m (7,100 ft). The lower half of Level Mountain consists of a shield-like edifice while its upper half has a more steep, jagged profile. Its broad summit is dominated by the Level Mountain Range, with prominent peaks cut by deep valleys. The mountain began forming about 15 million years ago, with volcanism continuing up until geologically recent times. Level Mountain can be ecologically divided into three sections: an alpine climate at its summit, firs and birches on its flanks and a spruce forest at its base. Several animal species thrive in the area of Level Mountain, with caribou being the most abundant. Due to its remoteness, Level Mountain can only be accessed by air or by trekking great distances on foot; the closest communities are more than 30 km (19 mi) away.