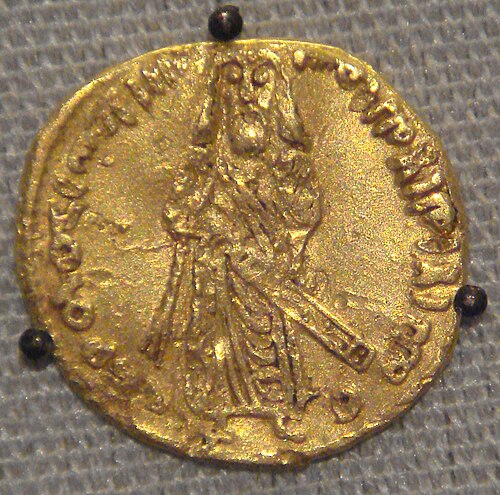 The Wikipedia article of the day for September 4, 2021 is Abd al-Malik ibn Marwan.

Abd al-Malik ibn Marwan (c. 646 – 705) was the fifth Umayyad caliph, ruling from April 685 until his death. At his accession, Umayyad authority in the Caliphate had been restricted to Syria and Egypt as a result of the second Muslim civil war. Abd al-Malik reunited the Caliphate after defeating the Zubayrids at the Battle of Maskin in Iraq in 691 and the siege of Mecca in 692. The wars with Byzantium recommenced, resulting in Umayyad advances into Anatolia and Armenia and the recapture of Kairouan, which led to the conquests of Northwest Africa and most of the Iberian Peninsula during the reign of his son and successor, al-Walid I. Abd al-Malik founded the Dome of the Rock in Jerusalem, the earliest archaeologically attested religious monument built by a Muslim ruler. He introduced a single Islamic currency and established Arabic as the language of the bureaucracy, replacing Greek in Syria and Persian in Iraq. His centralized government became the prototype of later medieval Muslim states.